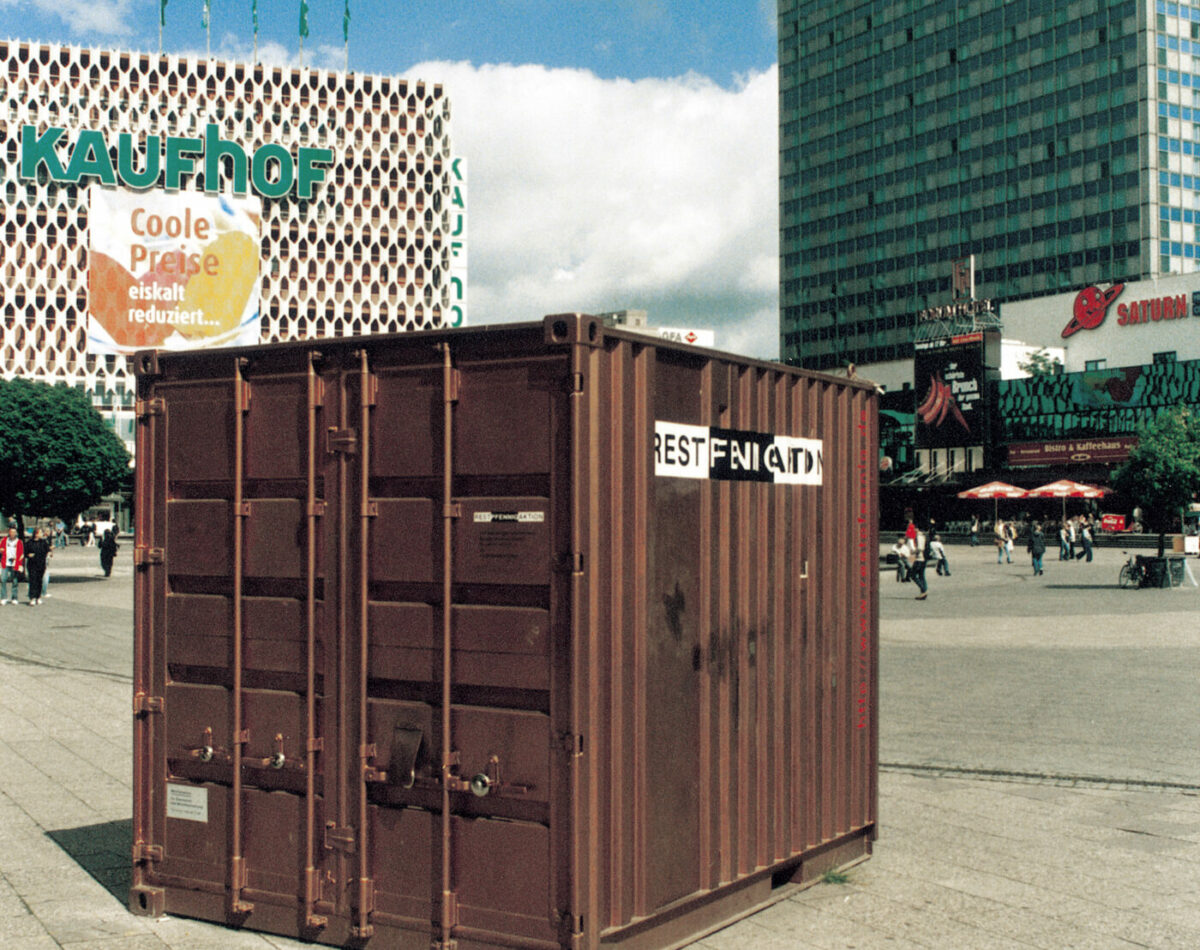 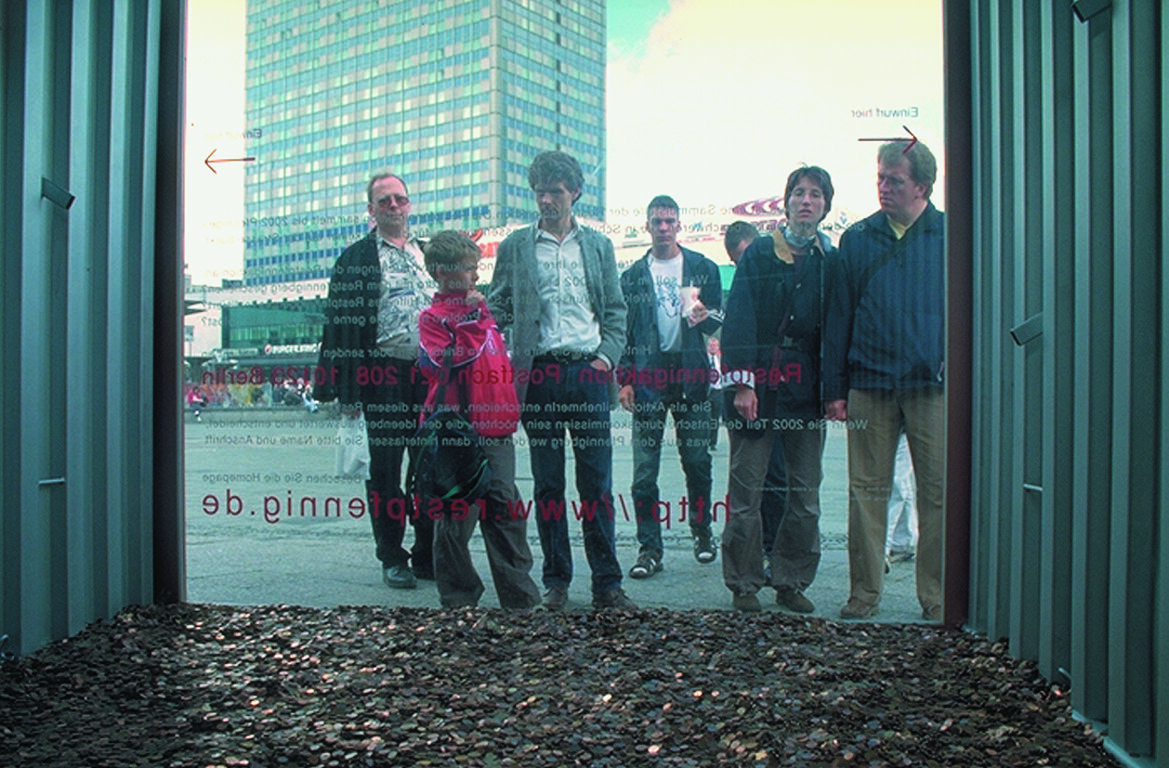 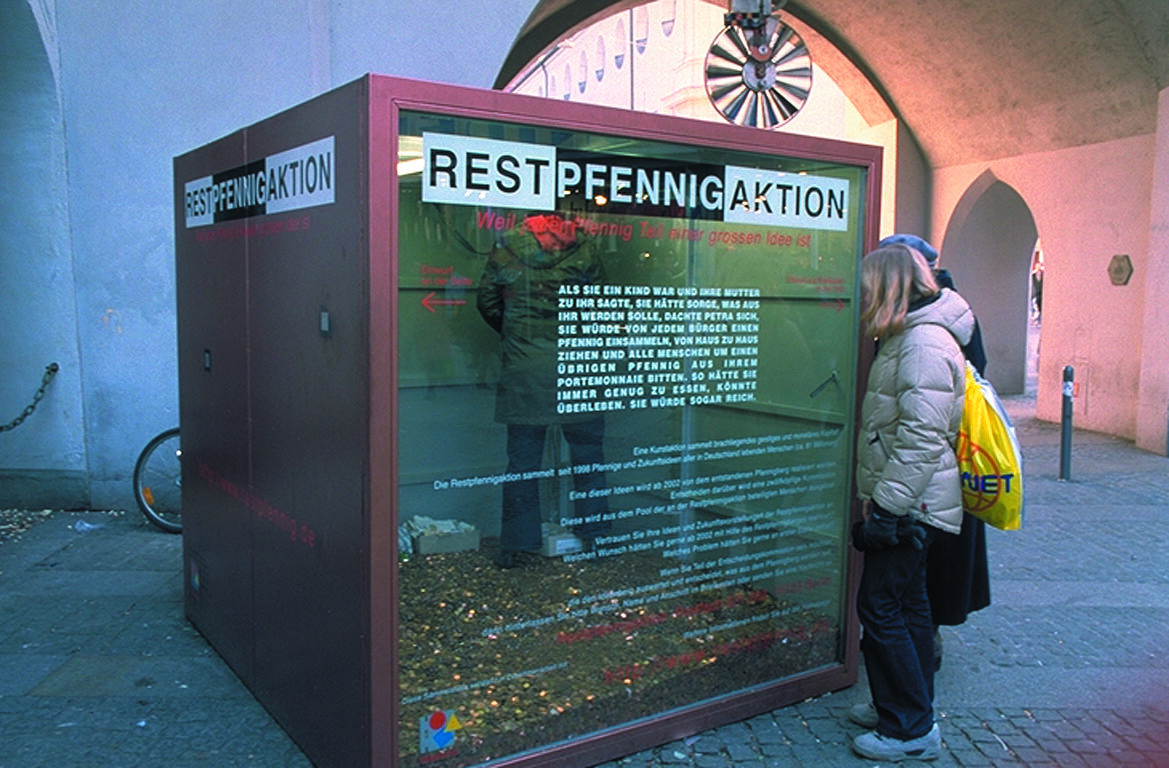 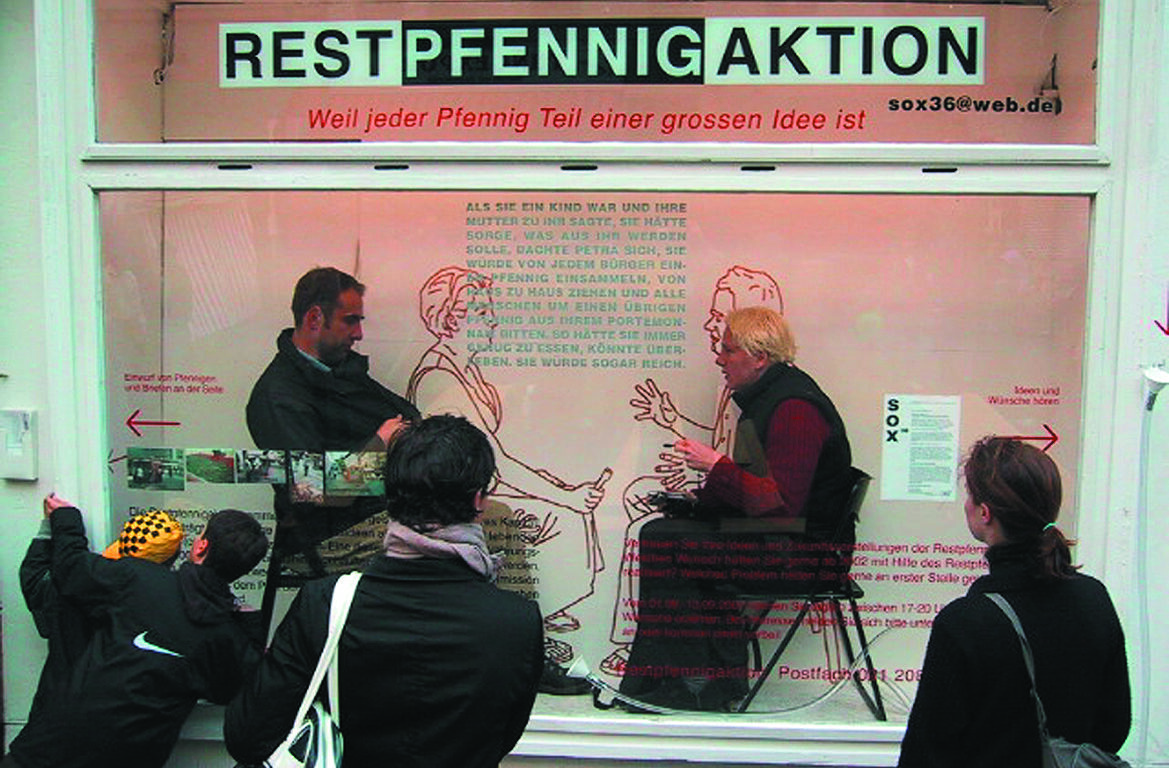 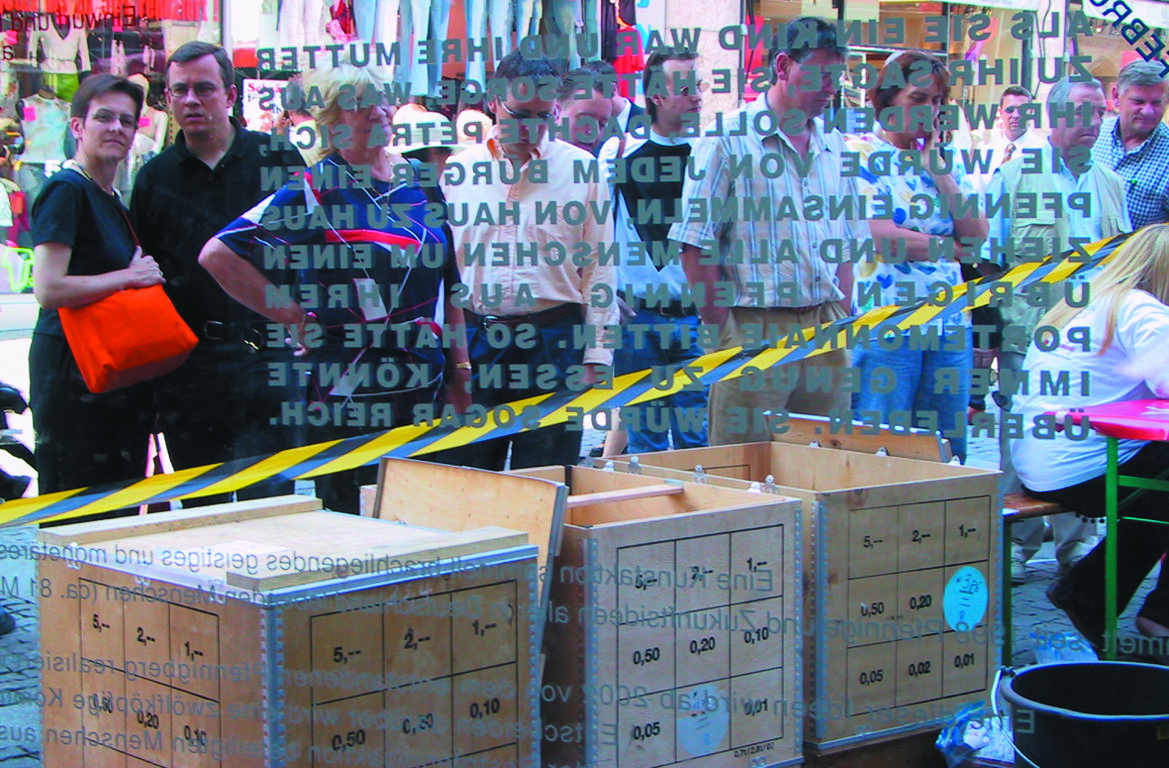 The Left-over Penny Campaign collected unused economic and intellectual capital – ideas and wishes – in the form of one German Pfennig coins from 1998-2002. 13 tons of coins were collected in public space throughout Germany. The public collection sites were located in Berlin (Alexanderplatz), Munich (Marienplatz) and Nuremberg (Königstrasse), as well as smaller collection sites and thousands of private collection boxes. 1,601 ideas and wishes were gathered through letters, e-mails and interviews. An integral element of the concept was to involve the public in the decision-making process of what should happen with the collected coins and visions. 1,087 people applied to be a part of the decision committee.

Of these, twelve were randomly selected on 3 April 2002 in a public event and invited to decide which of the 1,601 ideas and wishes should be realized. The group of eight women and four men aged between 18 and 61 represented tens of thousands of participants. For the decision-making process, the group had a moderator and, if necessary, a panel of experts. There were 729 social wishes and ideas, 31 foundation wishes, 103 private wishes, 136 artistic wishes, 576 other wishes, from which the group selected four wishes after a long evaluation process. Altogether, in addition to the tens of thousands who donated their surplus pennies and 1,601 donors of wishes and visions, about 500 people actively helped in the four and a half years. Many institutions, government representatives, juries, decision-makers and private individuals helped to make this project possible and to realize the four wishes.

PhD about the project